By Unknown - August 14, 2014
The sun was down. He had climbed 350 metres in half an hour, keeping pace with the late evening shadows as they'd raked up the mountain, but finally as he stood atop his favourite rocky outcrop it was dusk everywhere. A bee, laden with pollen lolloped on the stone at his feet and in a moment of kinship he too laid down his bag and flopped to the hard ground.

He stared hard at the bee, marveling at the ingenuity of nature. Often cited by intelligent design zealots as clinching evidence of a creator God (how could something so bizarre actually 'evolve' by itself they'd say) it struck him now as quite the example of the opposite. How could an intelligent designer have come up with something so utterly ridiculous as a black and yellow striped, furry, bag carrying, stinging, non-aerodynamic, flying insect? Where was the intelligence in that? 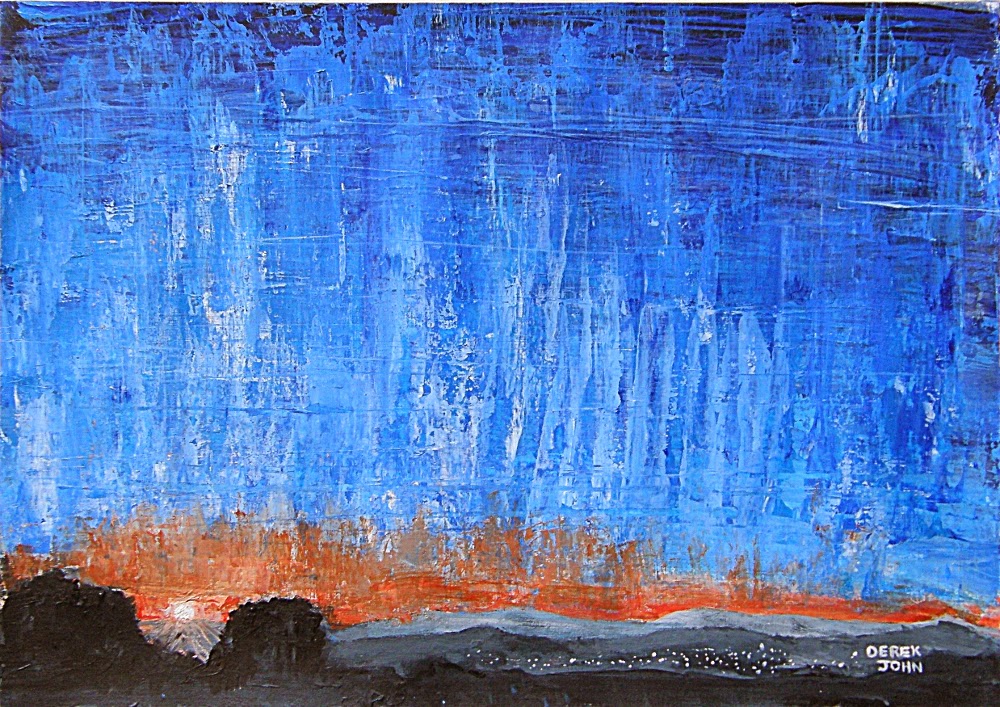 Well, whoever or whatever designed the world also came up with Penny he thought. Nature or God, how was that particular concoction dreamed up? The bee was a piece of cake in comparison. She was more ridiculous than a whole hive of the buggers. He opened his bag and took out his camera. He trained it on the orange red horizon line and held the view, not fully depressing the shutter, just waiting. Waiting. He was always waiting. Waiting for a bird, or for something to pass across the image. It wasn't right. He eased his finger off the shutter and sighed. Penny. She always crashed these moments. God damn it. She was everywhere but more than that, she was nowhere.

The bee was flexing its wings, buzzing like an insistent alarm clock, clearly preparing for flight. He swapped in his macro lens and turned the camera onto the daft looking creature. He quickly twisted the lens to gain the right focal point and ran off seven or eight shots before the bee, suddenly emboldened, took to the air, a comical fluff ball of legs and wings and pollen sacks. Like a drunk driver it veered one way then another before dropping out of sight in another direction altogether. He checked the shots. Not bad. Then he glanced back at the reddening sky, blood orange crimson now. A large raptor, perhaps a falcon, was hanging in the air, shadowing some unwary prey, its silhouetted form providing a menacing point of interest in the gloaming.