Everything Rhymes with Orange

It had been another fraught morning. Delayed karma, that's what it was and serve him right. Not that it had been all bad. No, at various moments either side of breakfast he'd been flying. A marvellous idea to do something extraordinary next August had popped into his head. It would be something that he would write a book about. He didn't know yet what this something was but such minor details were the stuff of trivia. It'd be something that pushed him to the limits of his physical powers. He'd also pretty much settled on a plan to paint the living room walls a mish mash of vibrant primary colours, possibly implementing some kind of mural on the main wall.

Such grand thoughts often came in threes and so it was, while musing on the living room thing on the way home from the cafe, he'd come to the realisation that orange was his favourite colour. It was an unexpected load off his mind but the epiphany had soon delivered its nagging price. Had it been his favourite colour all along? How much time had been wasted not knowing? Should he just paint all the walls orange then? Would August's great adventure have at its heart the colour orange? Or God forbid, the fruit?

Breakfast itself had more obviously been a failure. He'd decided to visit a cafe he'd not been to before, and well, it had been farcical. The waitress had ignored him for ages and when it came the orange juice had pulpy bits in it. And he'd been overcharged. It was all karma for being rude to that gypsy woman at the cathedral the day before. He should've bought the lucky heather and thanked her for it instead of telling her to fuck off. Telling her to fuck off hadn't been as exhilarating as he'd anticipated and he'd felt like shit. Karma does as karma will and serves you right he thought. His guilt had rather taken the edge off the morning's revelations. That and the disastrous breakfast. The two were linked, indubitably. No, the book. That's what needed focus. Next August. But he needed to know before the summer, preferably before Easter, just exactly what it was he was going to do. Hmm. Perhaps the living room project was more urgent?

It was no use. Every time he looked in the mirror he saw the gypsy woman's orange face. Nothing would progress unless he sought the old hag out and apologised. Well, maybe not apologised as such, but at least bought some of that dreadful heather or whatever it was she was ripping people off with. He could toss it straight in the bin afterwards, when she wasn't looking. He was sure karma would meet him half way on that one. He finished his banana, put his orange training shoes on and grabbed his jacket. How had he not known? Unbelievable. 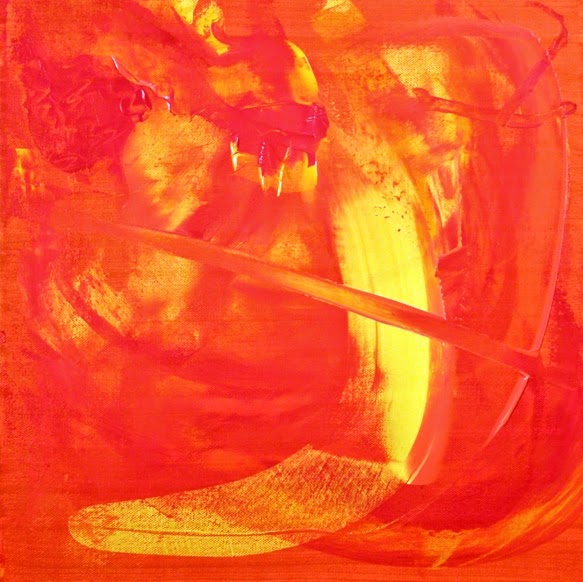