By Unknown - October 09, 2015
A man was arrested for having sex with his bicycle. It was in all the papers from The Financial Times to the London Evening Standard.
‘How did he do it?’ I asked my husband.
‘How should I know?’
‘You’re the man.’
‘This could only happen in your country, kiddo,’ he said. ‘Everyone here’s eccentric.’
My husband is American.
Only one week later a man was caught having sex with his garden table, the kind with a hole in the middle for a parasol.
‘More painful than fun,’ my husband said, holding his crotch.
We are apprentice journalists, my husband and I. We met at Southbank University, which has the worst record for out-of-work graduates. We think that’s why they took us. Good students didn’t apply. If you can’t be clever, be cunning. That’s what I say.
‘Have you worked out what these stories have in common?’ I looked at him slyly.
‘Sex,’ he said.
‘And gardens. Each of these guys was in his garden. Alone.’
‘Alone but for an audience. Both gardens were opposite primary schools.’
‘In lower class areas.’
‘Lots of drinking, unemployment.’
‘Wives out doing cleaning jobs or catering in schools.’
‘Scope for research?’ my husband asked.
It was his idea to rent a van and paint a logo: Pete’s Repairs. Hidden in our van, we staked out gardens in front of primary schools.
‘If we can find a story,’ he said, ‘it could lead to great things.’
Six months we spent observing.
Meanwhile someone exposed himself on Big Brother and we wrote the story. A c’leb interrupted Hamlet with a major fart and stood up for a round of applause - we wrote that one too. A politician was caught bonking a male model in a public toilet in Kensington. We churned out just enough silly stories to pay our bills and when we didn’t have a true one, we made one up. No one cares if these stories are true as long as they are entertaining.
Six months in that van but still no big story. No fame. No contracts. No riches.
I looked at my husband with criminal intent. ‘We’re going to set this up.’
We convinced IKEA we were doing a fashion shoot. They loaned us deckchairs, a wrought-iron bench; a string hammock and a barbecue. We hired would-be porn actors and took photos – never, never when children would see, of course.
It worked a dream. We became famous and rich. Well, we could afford restaurants and holidays if we flew Ryanair to Majorca without hold luggage. And then one day the actors didn’t turn up and we decided to photograph ourselves.
‘It was a stupid decision,’ my husband said, when the police arrived.
‘It truly was,’ I said when we were condemned in court.
But it wasn’t. Our sentences were suspended because we had been careful not to do anything where the public would see. And both the Mail and the Sun offered us contracts. 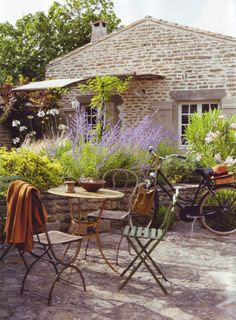