No Brain Pickers for Her!

By Unknown - September 01, 2017
Outside, all is quiet with hardly a breeze amongst the trees. The late afternoon sky, accountable to no one, seeps through the mullioned bay windows in a lady-like shade of grey. Inside, Beryl listens to the pop of unseasoned firewood as it makes the final shift and crumbles into embers. She sits primly in an old winged armchair, legs crossed and fingers intertwined over one knee.

Without warning, a foul odor drifts through from the kitchen area that makes Beryl recall descriptions of the crawl space underneath John Wayne ‘Killer Clown’ Gacy’s murder house. Next moment, her exotically named date, Avocado, pushes his way through the shuttered swinging doors holding waiter-style at shoulder height a silver tray brimming with food.

He sits down opposite her in a mahogany chair with cherubs chiseled into the sides.

“Can I pick your brain?” he enquires, delivering his best Bela Lugosi stare.

In response, Beryl belches operatically. Breaking Avocado’s gaze, with her face set like an adversary, she rises from the chair, collects her oatmeal-colored overcoat and leaves.

The disagreeable kitchen aroma could be dismissed as the unfortunate byproduct of foreign cooking. The glare poised to annihilate but not kill might be overlooked as a quirk of social misfitism and over time tamed, refined and eliminated. But ‘Can I pick your brain?’ was a deal-breaker.

She’d always loathed the expression and by extension anyone who used it. For a committed wordophile like Beryl - who prided herself on knowing forty synonyms for the word ‘lonely’ and reliably devoured three full-sized novels a month - ‘Can I pick your brain?’ was a red light that stopped all traffic.

Outside, her mind becomes clearer and more resolute with each step she takes down the tree-lined avenue. She consoles herself that in that moment of unfiltered colloquialism, she’d glimpsed ridiculously named Avocado’s inner monster and felt it lock onto her. ‘Nope, no brain-pickers for me,’ was the affirmation that looped through her coiffered head as Beryl gained speed along the straight-as-a-drinking-straw-and-just-as-narrow pavement.

Every awkward encounter left her insides ragged; each misplaced word a silver blade slashed across the upholstered car seats of her hopes and dreams. Yet she welcomed as a friend each new dating disaster, beckoning every mismatched flounder through the doors to her life; for she knew that in amongst the pain each in their own misshapen way made her wiser and drew her closer to the One. Determination drove her on, heels echoing slightly on the concrete - determination to find the right words and the One who would speak them. 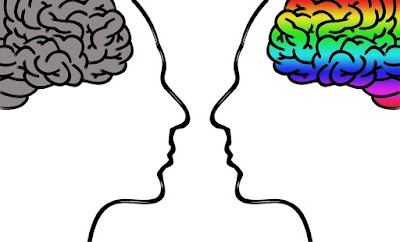