Polyphemus remembers too the fire-hardened point of the smouldering olivewood stake driven hard through his closed eyelid, twisted like a drill. His gore-streaming eye a cantaloupe-sized grape on a white-hot spit, bursting. His ears mad with their own roaring. His frantic hands twisting the punishing spike from his eye in a geyser of blood and clotted eye-flesh, spilling onto the cave floor. Froth erupting from his lips like scalding magma.

The searing pain had driven the heady Greek wine from his drunken brain; he had swung the smouldering spear against the cave’s darkness, menacing only the air.

The next morning the men of Achaea, all but the six he'd eaten, escaped by guile. Fretful with pain he’d lifted the cave’s stone-slab door, still slippery with his own blood-spray, to let the sheep and goats to morning pasture. Wary of escaping Greeks, he had raked each sheep’s back with thick fingers, as a woman cards wool before spinning.

Clinging like ticks beneath each beast’s shaggy belly, Odysseus and his fear-filled sailors had fled into dawn’s grey shadows, down the steep cliff and scree to their waiting ship. From offshore, Odysseus hurled taunts back at the eyed-gouged agony above.

“Odysseus, destroyer of cities, blinded you! Laertes’s son who now sails for his kingdom home and royal-waiting Penelope on Ithaca. Odysseus, who stunned you with strong Hellene wine stealing first your dull wits and then your blood-curdled eye, as well as your deep-wooled sheep and shaggy goats. All stolen, and not even your sire Sea-blue Poseidon can ease your anguished dullard’s pain."

Polyphemus had hurled back sightless curses on his tormentor, crying out avenging prayers to his sea-father Poseidon. Then from his blind rocky heights he'd hurled down boulders as large as the bleating sheep stowed aboard the plundering Greeks’ ship.

The surrounding sea churned as the Greek oarsmen plied their fear and all their strength into their vessel’s too-slow leaving, while archers ineffectually rained shafts at the Cyclopes on the high cliff above. 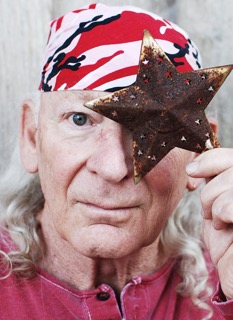