My grandfather wrestled octopuses. He got on the TV and everything. My grandmother shot him dead one morning and she got on TV too.


My dad was in the army. He got a purple heart and black toes when the diabetes came. Before that though he was in all the papers for following orders in Vietnam. My first mama couldn’t take his drinking so she stuck her head in an oven. That only made the local press. Well, till three other ladies in the neighborhood followed suit.

There was talks of banning gas ovens after that. My uncle was in politics and said something about electrical lobbyists, moguls and such. Everyone was gonna get rich but no one ever did. People just stopped killing theyselves. Started killing each other. A rock 'n' roll singer stabbed my sister to death. Half-sister. Her mama had a stroke on the courthouse steps. Died in front of a million flashing bulbs. That got a lotta press at the time but here it is, near thirty years later, and they’re still writing things 'bout my uncle. Went out for the paper one morning and never came back. A guy someone wrote a book on said he shot him in the ear for some money. They were second cousins but not on the Italian side. There are easier ways to make a buck, I’d like to tell him.

Like to tell my family a whole lotta things starting with you don’t need to make it big to  live large. I got forty-two followers on Instagram and at least a hundred on Twitter. Facebook’s a bit old hat but don’t change the fact I got seventeen authentic profiles wishing me a happy birthday last year. You think my great-great-granddad did better than that? Rustling cattle and raping wives? A preacher’s wife at that.

Story goes that’s what brought this whole plague on us.

But I don’t buy it. 'Cause I have forty-two followers on my Instagram and one of 'em just asked to meet me in person. She says she’s only eighteen but I bet she’s older than that. Once in a while they surprise you. You find their driver’s license and think shoot. Then the news just confirms it. 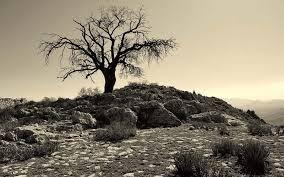