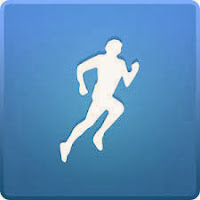 My brother-in-law is a runner: a proper runner. He looks like a runner, thinks like a runner, and doesn't make a sound as he glides along the tarmac training for his next marathon. He tells me that he uses target-setting software to motivate him and maintain his commitment to training. In contrast to my brother-in-law, I'm not a "runner". I have old running shoes which look brand new due to lack of use and my physique is (ahem) not that of a "runner" - when I thunder jog down our street it seems as though the neighboring houses quiver upon their foundations. In fairness, the world's greatest optimist would refuse a bet upon me ever completing a marathon. But, I've started using the same target-setting software and I like it. I've set my own running targets for the next month. Small, achievable targets, which might not seem like very much to a "runner", but which give me a real sense of achievement. I won't be running in any races any day soon, but I've got my own goals set out for me.

There's an analogy here, I think, with the National Novel Writing Month of November. For those of you who aren't familiar with the scheme, it's an exciting and increasingly popular project! Since 2000, November has been allocated as the month when people around the world commit to completing the first draft of a novel. With the focus on quantity rather than quality, participants share the same goal of writing 50,000 words by the end of the month. Friends who have done this talk about how it reinvigorated their writing, placed a greater focus upon the role of writing within their lives, and made them feel part of a community of writers.

It's a fantastic scheme, but it is equally fantastical that I will write 50,000 words next month or run alongside my brother-in-law in the Paris marathon. I could list out the reasons why both targets are unrealistic, but when I do they begin to seem like feeble excuses and overshadow the other things that I do do. So, instead, I want to suggest something different. Smaller, yes. More modest, perhaps. But worthy of celebration nonetheless.

Let's dedicate this little corner of Cafe Aphra to celebrating our own targets. A few of us did this last year - whether the commitment was to writing the first three pages of the memoir we had always intended to begin, producing three poems, or free-writing for five minutes every morning  - and we're keen to do this again. So, dust off your notebook, make yourself a coffee, post your name and target in the comments section at the bottom of this page or on our facebook page, and keep us updated through the month as you work towards achieving that target you've set yourself. We'll share your journeys towards them, commiserate with you when life interrupts your progress, and celebrate your successes.

I have nothing but admiration for those who have the grist, grit and determination to run a marathon or to write a novel in a month. Way to go, guys! But this year, I''ll be sharing the more achievable target of writing the opening chapter to my next novel. To get there I'll be sifting through various notebooks and firming up my ideas on the main character. It might not seem much to some, but at the end of November, I'll be sitting in Cafe Aphra reflecting upon how far I've come and celebrating the achievements of those around me.

community The Alternative NaNoWriMo What We do Wednesdays writing