By Unknown - December 19, 2013
“I wish he’d have told me she was vegetarian,” hissed Cynthia as she hacked at the turkey. “It’s bad enough him bringing her so soon after the divorce.” Awful pompous little man.
Nathan sighed.
“Darling- ”
“I mean, have you seen her?”
Have I ever. “Darling, remember what we said.”
“What did we say? That your brother’s a- ”
Damn sight luckier than me, that’s for sure. “I agree it would have been thoughtful if Mark had told us, but she says she’s fine with a bit of stuffing.”
Cynthia swigged at her wine. I’ll bet she is. Apparently she’s got a PhD. I wouldn’t for the life of me have thought she had a brain under all that hair.
“Well she can’t have stuffing.”
“Why not?”
“It’s got meat in it.”
“Just veg then! But do try to be nice dear, hm?” Nathan whisked her glass and the bottle away as she turned around.
First Trudy, now Samantha. She must be a double D if she’s a day. Why does my brother get all the luck?
“Thank you so much for bringing in the wine, darling.” Cynthia swept into the dining room armed with an enormous smile and two plates. She leaned over to fill her glass. “Cheers, everyone! Do start.”
The silence was punctuated by chewing and appreciative noises.
God, this is awful. Maybe I should put on some elevator music or something. “I’m sorry Samantha- it is Samantha, isn’t it? I’m so sorry I didn’t have a veggie option for you, if I’d known earlier I would have had something ready, but...”
Here she goes.
“Don’t fuss, Cynthie! At this rate we won’t be finished in time for the Queen’s Speech!” Mark belly-laughed and winked in the direction of Cynthia’s parents.
He’s not even attractive. Must be the money.
Cynthia’s mother frowned on cue.
“I’m sure we don’t need to watch that, do we, in this day and age?”
Oh shut up mother, can’t you see he’s provoking you?
Cynthia’s father leaned over Samantha.
“The stuffing is delicious dear, have you tried it?”
Cynthia opened her mouth as her father heaped Samantha’s plate with it. Oh let her eat it.
Mark waved his hand away. “She’s fine with her veggies! Loves ‘em, don’t you?” he roared, slapping Samantha on the thigh.
Nathan pressed his lips into a smile.
I should have become a doctor too. 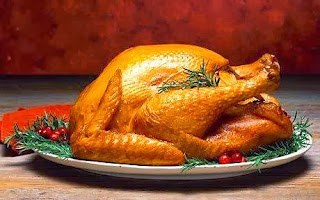