It's in the Cards

By Unknown - September 16, 2014
When I started working on my first novel, I felt very enthusiastic about creating my own little universe full of different characters. As the story was set in a village involving several main as well as minor characters I had to come up with a lot of mini subplots, which ideally shouldn't distract but rather complete the main storyline.

Although readers cannot always put a name to it, flat, two-dimensional or non-credible minor characters can be a real turn-off and mark the difference between a good book and a great book.

What can writers do about this? In selected creative writing guidebooks or workshops it is suggested that an author should write a short biography of all the important characters before starting to write the actual story. This is a great way to "get to know" the protagonists, even if none of these biographies end up in the final product. The characters will acquire a more real, complete feel.

This is certainly good, valuable advice. In fact, many creative writing guidebooks come up with a variety of well-meaning tips. They offer a lot of "dos" but hardly ever any useful "hows".

It is simply taken for granted that you as a writer are an endless pool of ideas, at times even a little schizophrenic, easily switching characters and putting yourself in their position. But what if you don't want your characters to be like you or anyone else you know?

Writing my first novel I enjoyed playing with and creating new situations. Yet, at times I also felt as though I wanted something new or that a character was slipping out of my hands. 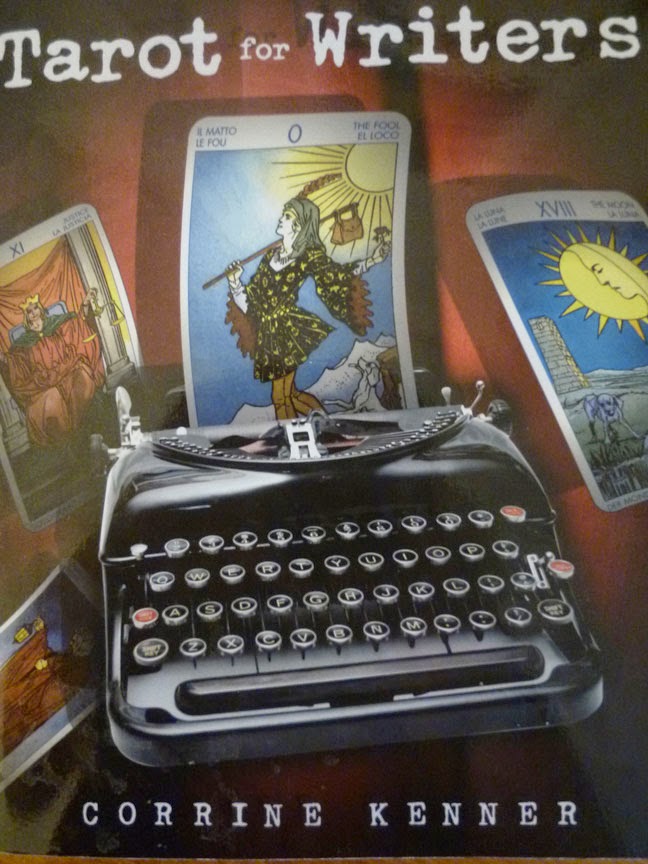 Then, by chance I found a perfect tool to help me out: Tarot for Writers by Corrine Kenner. I have to admit, I had been into Tarot before, but to work with the cards to help you create your characters you neither have to believe in Tarot in terms of fortune telling, nor do you have to study the meaning of the cards. For those of you who want to learn more about the cards per se, the book can also help you out as it offers you a short overview of the history of Tarot as well as an introduction to reading the cards. For everyone else: let’s just see what the cards can do to keep our writing project going.


Situation 1: You feel that one of your characters should do something. You’ve had enough dialogue, now you just need a subplot to fill the gaps. You are not sure what your character should do next. Lets pick a card. You draw card Nr. 7 - The Chariot.


This is what the book tells us about the Chariot card:

In addition to key symbols and legends, the book gives us useful writing props. In the case of the chariot it says: Write about a traveler, a road trip, the contents of the glove compartment, a journey to a foreign land, a soldier. (155)

Situation 2: There is this character who seems incomplete. You can just feel that something is missing. Somewhere along the line, you ran out of creative ideas. The card you draw is Page of Swords.

"The page of Swords is a young man with his head in the clouds." "He is a reader, a writer, a talker." "The Page of Swords is also perpetually observant and alert. He doesn't miss a thing." (288)

So maybe our character is an airhead, or some kind of a spy? Thoughtful, imaginative, but constantly alert?

Of course, in the end, you as the writer have to adapt the ideas to your story. Still, in my experience, Tarot for Writers gives you lots of interesting ideas and springboards for your creativity. If you let the cards lead you to new paths, they can take you on a fun, adventurous journey.