She stood at the sink, rubber gloves dripping. Shirts hung limply over the lawn: white crosses in a cemetery. There used to be little dresses flapping and a school uniform mucky from football.
"I’d take the washing in," Tom grunted, turning a page. "Looks like rain."
It wasn't her fault. Everyone thought the bruising was from the playground. Then the social worker called her in, asking questions. They took Anna out of school. She was so tired and washed-out, all that running around. Needed a good rest.
Tom thought she was anemic, said they should take her to the doctor's. Jan shuddered at the thought of all the prodding and poking, waiting rooms full of other people’s germs - so they took her to the seaside. The air would get her appetite back, put some colour in her.
The weather was kind at first, glorious sunshine and seagulls soaring in the blue. Anna was difficult, though. When they bought her an ice-cream her eyes lit up, but she only took a few licks before putting it aside.
"Spoilt, that's her trouble. If anyone had taken me to the seaside, I'd have been grateful."
Anna cried as it started raining. They gathered their things in a hurry, dragging her to the car. She held her head, saying it hurt. Her nose bled all over the back seat. They took her to A&E.
When they were allowed to see her, flat and pale against the sheets, it had stopped raining.
"Look poppet, a rainbow!" Jan had said, pointing. "That's lucky."
"Jan?" Tom touched her shoulder lightly. She started. "Take the washing in love. It's raining." 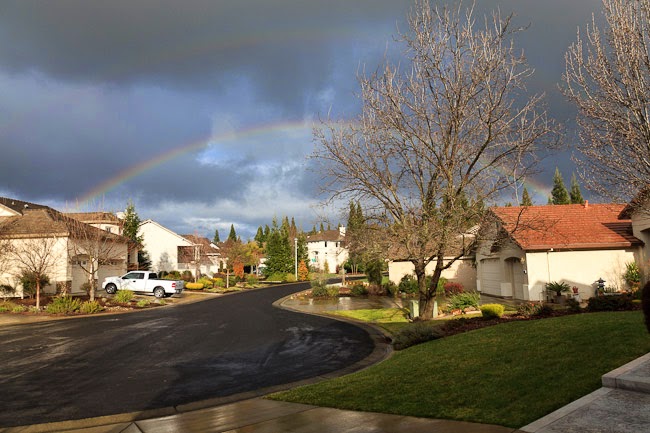