By Unknown - April 17, 2015
She watched as Strider turned the corner. It was raining, but that didn't seem to bother him. She reckoned that nothing ever bothered him really. She moved away and glanced around the living room. God, it was dull in here, she thought. The grey weather didn't help but the place sure could do with brightening up. She picked up a magazine that had been spread, and left largely unread, on the sofa for at least a week and in a fit of decisiveness threw it on the recycling pile. She walked back to the window and searched for Strider but he was gone. She strained up on her tip-toes to see if she could catch a glimpse of head or shoulder through the bushes and railings gamboling on up the hill. But that perennially walking man was out of sight. Long gone. Suddenly, she felt the irrational urge to go out into the street and confront him.

Why does he walk around the town all day? Where does he go? Where does he live? Who is he? She figured he wasn't homeless. He looked healthy enough, didn't seem to be hungry or anything, and she'd seen him a few times shopping alone at the supermarket. But, the walking, the endless serene walking, head held high, untroubled and unhurried ... Sometimes it looked like he was floating, no, gliding up and down the street. To her, Strider somehow held all the knowledge of the universe.

She was out in the street, wrestling her umbrella into submission as she splashed onto the main street. Strider territory but no sighting of the man. She followed the road southwards and uphill to where she supposed she might see him. Perhaps she could engage him in conversation, ask him for directions or something? She could get a good look at him. The lines of the face, it'll all be in the lines of the face she thought. Her heart was pounding.

Then she saw him. He was coming down the other side of the street, striding with with his usual effortless purpose. She froze. Should she cross over? Oh God. She fiddled aimlessly with the umbrella and in the process whacked a young man with it as he hurried on up the street, his shoulders hunched against the wet. She apologised to the man's retreating back. In no time at all Strider was on the opposite side of the street but her resolve was gone. Now she just felt foolish. Without warning he looked across, and for one infinite moment their eyes met. And suddenly she knew it. 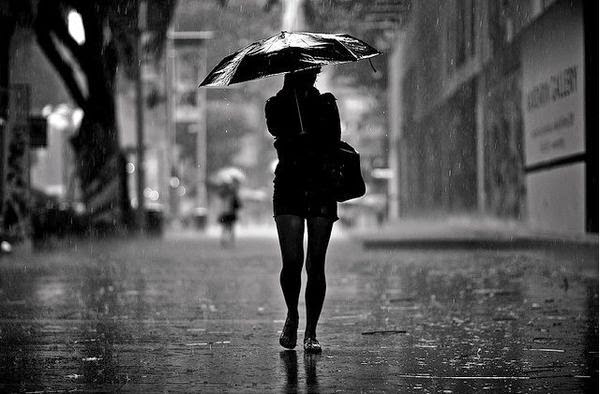 She gently closed the umbrella and decided to carry on walking up the hill. The rain was falling hard but on the horizon she could see a break in the clouds. Blue sky was beginning to pierce the gloom. And on she glided.