By Unknown - November 06, 2015
Rex picked up the brush and began sweeping. In the past week he had aged fifteen years.

Helping out friends when you can is a no brainer of course. You don’t think ahead to the grief it may cause you. You just do it and that’s the end of it. Though he’d always enjoyed the solitary life, having someone stay (“for a coupla days, max”) had held the promise of fun and conversation, a few high jinx perhaps.

Yeah, no doubt about it, body and soul needed to be yanked out of the comfort zone now and again.

And yet, as he nursed flecks of tortilla crumbs across the floor it struck him how he’d never before felt so middle aged and so damned English. He mused that if Hollywood were to make a film of the last week of his life a trailer would show Hugh Grant trapped in an elevator with Sofia Vergara and most cinemagoers would grab the broad gist of events.

Latin emotions are strongly felt and expressed. Boy, aren’t they. English ones aren’t. Rex had often felt the latin way to be admirable, more so since moving to southern Spain. It just seemed so obviously a good thing to let those feelings out. Away with the reserve and stiff upper lip repression that gives the Brits stomach ulcers and cancers. Hmm, well.

As he took back sole ownership of his flat he looked around at the evidence of the previous week, still lying in situ like the artifacts of an archaeological dig: the empty, toppled, funny-smelling shampoo bottle in the shower; the frankly bizarre looking food left in the fridge; that dodgy stain on the kitchen floor from ‘the incident’ which was either blood (his) or vomit (hers). And there were lessons. There were always lessons.

He’d once read we are all individual slivers of a higher consciousness undergoing the human experience, each in our own unique way. Thus we have bodies. We have egos. We have passions and fears, tastes and oddities that mark each of us out as individuals; beautiful, wonderful, crazy individuals. If life was about anything then it was surely about celebrating those differences as much as about recognizing our commonality.

Rex resolved to do certain things more often; to vent a little, to shout, to curse, to throw things, to laugh and to cry (at the same time). He just needed to go and lie down for a bit first. Then he had to give the kitchen a good cleaning. 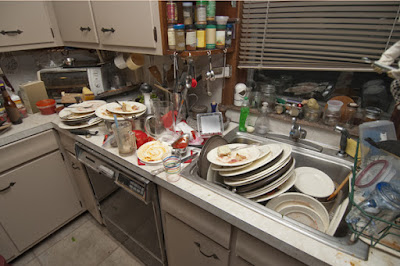