By Unknown - December 04, 2015
“Grande non-fat latte,” Simon yelled to no one in particular as he set the warm cup of coffee on the counter.
Both Tammy O’Hara and Walter Pankins reached for it. “Oh,” Tammy said, “I’m sorry. I thought it was mine.”
“No, it’s a non-fat latte,” Walter replied.
“That’s what I ordered.” They both pulled back their hands and looked at Simon. He checked the cup.
What an idiot, Tammy thought. We know what it is; we just don’t know who it belongs to.
Walter stood taller.  I’m getting that coffee. If my therapist thinks I can’t stand up for myself, I’ll show her.
They both reached again, almost touched hands and withdrew. 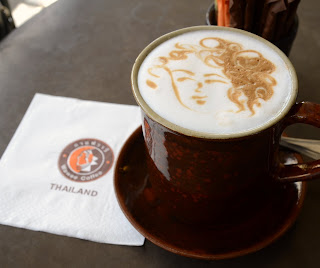 Simon looked up; his hand still on the cup, sensing the door at the front of the store had opened. Please let it be Jill coming in for her shift. It wasn’t. He reached into his apron to check his phone for messages. Looking at the woman in front of him, he noted her long red hair, red lips, and a mole near her mouth. Almost as beautiful as Jill. Jill who would barely look at him, who talked constantly about her stupid boyfriend, who didn’t know enough to care.
Walter checked his phone hoping the woman he’d pinged from Match.com had responded. He’d tried two dates before—both disasters. This one would be too but his therapist insisted he needed to keep trying—keep asserting himself. How hard is it to find a strong, smart woman who likes tennis and travel? Who might understand that a man doesn’t have to be a show off and great dresser but just be sensitive and appreciative and kind?
Tammy asked Simon “Is it mine? I’ve got a meeting.” She checked her watch and realized she’d be late for her 10 AM deposition. She’d worked on it all night thinking maybe Frank would call. He’s a cad and a loser. Why do I always go for the flashy promises and end up with a tin of nothing? Where have all the kind, silent ones gone?
As Simon placed a second coffee on the table, Tammy checked her phone again and didn’t look up as Walter swooped in to grab the first one.  Her friend Alice had texted her, “Have to skip tennus. C U nxt week.”
Ha. Won that one, Walter thought proudly, as he walked out the door. I can’t wait to tell my therapist how easy it was.
Simon turned back to the coffee machine and missed the second look Tammy gave his curly black hair and six foot frame before she walked away. 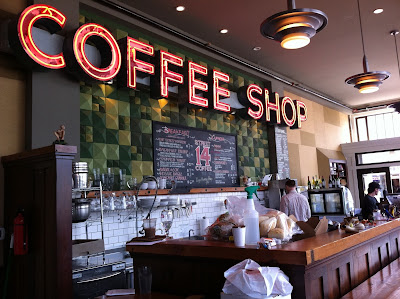