By Unknown - March 25, 2016
Dreckenheimer opened up the Daily News and flipped through the headlines. Iced green tea and fiber bar to the right, list of clients, monies owed and deliverables due, to the left. He took a long, cold swig when a headline about an aspiring comedienne being carted off to the funny farm for stalking a local politician caught his eye.

“Oy vey- what has this fakaktah schlumperdink done now?” the 75-year-old personal manager muttered to himself. He had thought he had seen it all. The article read: 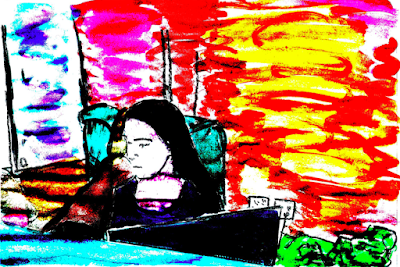 Dreckenheimer had discovered Markowitz performing on the subway, but in fairness it was actually Markowitz who had zeroed in on “The Dreck.”

Dreckenheimer had a fail-safe shit detector or radar that led people who were bat-shit crazy right to him and his little management/talent company. Why they sought him out instead of the big boys, the real players in the industry, was not too difficult to figure out. They were all losers. The dregs. The deluded. The almost-talented. They were minor leaguers toiling in obscurity with one and only one burning desire. The desire to not be the butt of life’s jokes anymore. Andy Warhol called it 15 minutes of fame.

Dreckenheimer, who liked baseball - the Yankees in particular - called it a Cup of Coffee. A call up to the major leagues and chance in the Big Show. A chance for redemption; a golden shining moment. A dream fulfilled. A heroin shot full of adrenaline and a dance with fame. That is what his Worldwide Prestige Talent Agency offered his clients - a Cup of Coffee. The golden moments are fleeting an old high school girlfriend once wrote him in a poetic love note before she took his virginity during senior year and then unceremoniously dumped him. Luck be a lady.

“Shut up already, you talentless Fuckin Assholes!” Dreckenheimer shouted to no-one in particular. 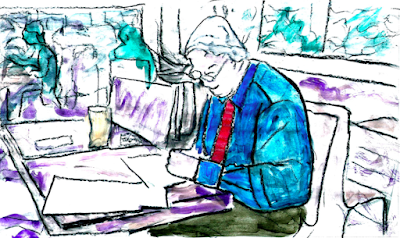 His small office had paper-thin walls and was right next to a telemarketing company that offered terrible business advice. It was like Chinese water torture every day. The telemarketers were all commission-based bottom of the barrel cretins that looked and sounded like circus freaks from the Glen Garry Glenn-Idiot factory. Their phone pitches were loud and dumb and never-ending.

“Hello Mr. Jones, how are YOU today? It’s Charlie from Marine Financial—how is YOUR business doing today?”

“It’s all FUCKED up just like YOU Charlie - you USELESS excuse for a human being!” Dreckenheimer pounded his fist against the peeling paint on the wall.

If had kept a gun in his office he would have been locked up years ago for murder.