By Cafe Aphra - August 10, 2018
Summer, and Priya was visiting Uncle and Aunt in rural Jainampore. It was her favourite time of day, late afternoon, when they migrated to the rooftops to catch the southeasterly breezes. They perched on the ledges, clutching glass tumblers filled withcardamom chai. Their view, the nine mile stretch of Trunk Road with its cluster of smart middle class residences on each side thinning to slums at the far end.
A scooter trundled by. Two men with lustrous moustaches were crouching on it, a flat screen TV between them.
‘See the struggle of common man,’ Uncle said.
About five minutes later, a khaki-clad policeman approached on a rusty bicycle. If the scooter was leisurely, this vehicle was a shade speedier than stationary.
He gave them a salute. ‘I am hot on the heels of burglars. They’ve stolen Mr Sharma’s TV. Did you see which way they went?’
‘Down Trunk Road... but you’ll never catch them on that,’ Priya said, an eye on Uncle’s Jeep at the gates.
‘Yes, quicker to get off and run,’ Uncle added.
‘Arthritis, sir.’
‘Take turmeric in your tea, okay?’ Aunt piped up.
He shook his head. ‘Okay, madam.’
A truck decorated like a bride with ‘Horn please’ plastered on its behind conducted a hasty reverse from the side lane. The cycle’s bell drowned in its garrulous roar. Everyone shouted. They held their breath until the policeman hobbled out of a nearby scrap heap to a ‘sarry, sarry, sarry’ from the burly driver.  It took a while for man and vehicle to get going but another ten minutes, and he was a dot in the distance.
As the Sun dipped, burning rubber assaulted their nostrils from somewhere. A mail train whistled along a rickety track beyond wheat fields to the west. Uncle was on his third cup of chai when the dot reappeared and languidly enlarged. Up close, they saw a TV secured with rope to the cycle’s rear.
‘What happened?’ Uncle hollered.
A toothy smile. ‘One of the roadside beggars phoned his brother at the end of Trunk Road. There was a gang waiting by the time the scooter arrived.’
Uncle sprang up. ‘What has come of this world? Roadside beggars have cell phones, now?!’
‘Sir, Telco have top up with free incoming. All the beggars have it’.
‘But…where are the thieves?’ Priya asked.
‘Don’t worry, madam. I’ve tied them to a tree. I’ll go back once I’ve returned the TV. Mr. Sharma wants to watch the match, you see.’
Uncle shot her a triumphant look.
‘Who says our police are useless? 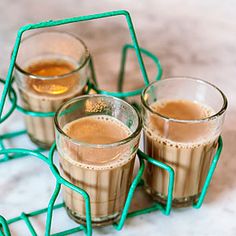