Words on Writing: Self Publishing. An interview with Roger Corea 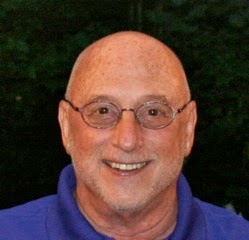 Roger Corea is the author of two novels: Scarback and The Duesenberg Caper. We met online to discuss the publication of his first novel and to explore the lessons he had learned along the way. 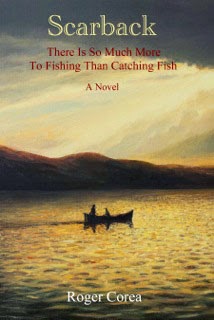 Scarback was published in 2014 and explores the question of what you do when the people you count on most in life suddenly desert you. The main character, Dominic Steppone, is a mentally challenged man in his 30s, who was abandoned at birth and still has nightmares of his tortured existence as an abused, half-starved, and critically ill migrant farm worker. He now has two very good friends - Augie and "The Hawk" - who have helped him get a roof over his head, a steady job washing dishes, and a respected place within his local community (he was recently elected Fairchester's Citizen of the Year). But when Augie makes plans to move to Chicago, and "The Hawk" is in a coma following a bad fall, Dominic faces the terrifying prospect of returning to the migrant farm of his nightmares.

The novel centers around Dominic and his friends' annual fishing trip in pursuit of the elusive Scarback, a massive Northern Pike with an ugly wound on his back and a million-dollar bounty on his head. Augie secretly invites Dominic's estranged parents on the trip in the hopes of reuniting them with the child they abandoned decades earlier. Will Augie succeed in reconnecting them, or will a series of heart-wrenching and sometimes humorous events further complicate things and keep them apart?

Zoe Fowler, one of Cafe Aphra's "baristas", interviewed Roger to discuss his novels, his writing, and his decision to self-publish Scarback.


Zoe: Roger, thank you very much for agreeing to be interviewed for Cafe Aphra. Can you tell us what made you decide to write this book?

Roger: Dominic was very special to me. He was a 30-year-old mentally disabled man in the late 1950s who many people ridiculed because of his speech impediment. Society wasn’t very gracious to disabled individuals back then. As a young boy, I watched as my father used the language of example and treated Dominic with dignity and respect and soon Dominic was doing the same thing for other less fortunate individuals. He became so popular in his community that he was elected Citizen of the Year.

Zoe: So your book is a mixture of fact and fiction?

Roger: Yes, most of it is based on fact, although many of the events depicted in the novel occurred over several years; for dramatic purposes, I consolidated them into just one year. Most of the characters are real too. They came in and out of my life over a 50 year period. And Scarback was a real fish too. He was so durable, I wouldn't be surprised if he was still alive today!

Zoe: What made you want to publish your book?

Roger: Sharing the relationship between my father and Dominic was very compelling. I became obsessed, like something was boiling up inside and that if I didn’t get it down on paper right away, I’d lose it. I knew, if I could replicate the experiences, it would add value, not only entertainment value, but insight into how a father’s example, instead of his words, can formulate his children’s values.

Zoe: You've self-published Scarback, and I know you have worked hard at developing a comprehensive internet strategy and marketing campaign to support this. What made you choose a self-publishing route rather than more traditional publishing routes?

Roger: After waiting months for agents and publishers to react, I decided I didn’t want my books published posthumously. As I become more “hands-on” and more aware of all the marketing resources available on the Internet, my second book, The Duesenberg Caper, may very well be self-published too.

Zoe: What kind of research have you done around self-publishing?

Roger: The Fine Print of Self-Publishing by Mark Levine, was a good starting point. The most meaningful resource for me was a book entitled, APE: How to Publish a Book, by Kawasaki andWelch. APE is an acronym for Author, Publisher, and Entrepreneur. The authors provide significant motivation to self-publish in contrast to the traditional route. After much more Internet research, I decided on Amazon’s CreateSpace. It was a great decision. The publishing quality and support has been outstanding! They also have some excellent marketing programs, many of which are free.

Zoe: What advice would you give to Cafe Aphra readers?

Roger: In terms of editing, many new authors look for financial expediency with the content and line editing process. Of course, it is valuable to secure as much feedback as possible for your book, but don’t take cheap “short-cuts” for the final manuscript. While publishing through CreateSpace is free, and many Internet marketing strategies are inexpensive, getting your book properly edited by a professional editor is critical to its success, even if you must pay the going rate.

In terms of designing a cover, there are several very good photo services on the Internet. I paid nearly $2,000 to have three covers designed for Scarback, and didn’t care for any of them. Finally, I designed my own cover using Adobe and Shutterstock, an Internet photo service company. Live and learn! There is a small cost to subscribe, however the cost includes licensing. I should add that CreateSpace offers a free cover design service as part of the publishing process. Or, you can enlist the services of their profession design department. Either method is better than spending a small fortune for a cover. The most important criterion for a cover is that you, as the author, are excited about it! Shutterstock has literally millions of high-resolution photos on every subject imaginable.

And when you're ready to market your book, I would first read APE with pen and yellow magic marker in hand. Then, I would read Developinga Marketing Plan and Strategy. After doing both, create your own specific marketing plan using the above link to provide the “blueprint”. You will be amazed at how much exposure you can secure on the Internet if you have a well-conceived and structured plan.

Accounting and the royalty distribution process, needless to say, are critically important. Relying on anything other than well-established publishers is risky business. Once again, I vote for CreateSpace. They are simply the best in the business and provide daily updates for printed books and weekly updates for ebooks. Their print-on-demand capability is perfect for inventory management. I would also recommend Lightning Source and Ingram’s for large print-on-demand distribution with book resellers.

Zoe: Thank you, Roger, So, in terms of the future, what's your plan? Are you arranging a book tour?

Maybe I’ll do some local bookstores. No matter how hard I try, I cannot cost-justify a book tour. The numbers are not there for me. Maybe, when I become rich and famous, I’ll jet all over the country. Right now I am sticking to Blog Tours.

Zoe: And you also have another novel, The Duesenberg Caper. Can you tell me a little more about that?

Roger: The Duesenberg Caper, my second book, is a thriller about the unexpected discovery of a long-lost, and priceless, classic automobile and the high-stakes intrigue that ensues. It will be ready for publication soon.

Zoe: And if you were to do this all over again, what are the most important lessons you have learnt?

Roger: I cannot say, for sure, self-publishing will yield better results than traditional publishing. However, I prefer to become a student of the Internet marketing process instead of being hamstrung for months and sometimes years by the conventional method, not to mention all the anxiety associated with waiting. At least, I feel I am doing something constructive. Who knows? I might even break the code! 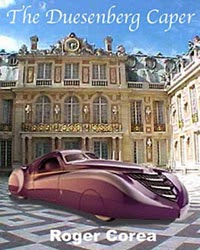