A Growed Up Man by Harry Husbands

By Cafe Aphra - June 04, 2018
I return to school a growed up man,
And stand in halls where words were thick.

I’m seeking Paul, who gobs in the hair
Of girls he craves affection from.
But he’s not here.
Instead, he scaffolds, drinks, and tries
Women with whistles, not phlegm.

I look for Claire, who keeps to herself;
Who cries at lunch on toilet seats.
But she’s not here.
She’s trying to stay happy for the man
Who gave her kids and took the rest.

I search for myself, who tries to learn;
Who ruins books by using them
As paper shields instead of swords;
Who spends time running from others
Instead of finding himself.
But he’s not here either.
He’s back at school again, hoping
To find what he lost. 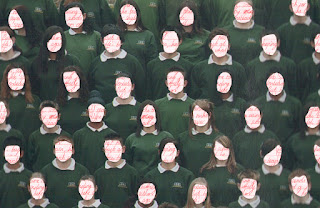 by Harry Husbands
Poem of the Month