The Dream Getaway by Nea Heathfield 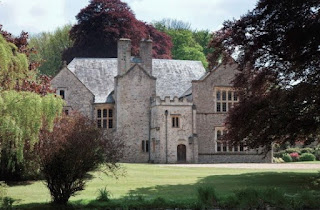 She had spent the week before packing. Each item carefully selected and folded as she dreamed of what they would do as she wore it, of him helping her out of it. The romantic country walk, the candlelit dinner, the drinks by the fireside, the night in the luxury four poster bed. She dared to dream of the proposal:

‘Does it matter that we’ve only just met? I know you’re the one!’ He dropped to one knee beneath the large copper beech she had seen on the cover of the hotel brochure.

‘Sophie, I want this for always, marry me.’ Taking her hand across the table.

Placing his hands gently on her shoulders as she smiled up at him, her face softly lit by the dancing firelight: ‘Marry me, Sophie.’

‘Darling! Marry me!’, as he pressed his face into her tousled hair and they rolled amongst the luxury bedding.

The dream faded a little when he scoffed at the size of her suitcase and a little more as he drove too fast and derided the ‘total bunch of tossers’ they worked with. Shocked, she couldn’t find the words to object.

He said: ‘Cat got your tongue? Never mind, Soph, we won’t be spending much time chatting in that four poster. Bit more room than the bloody stationary cupboard, eh? Christ, I must admit when I first saw you I didn’t think you were the sort. Miss Prim and Proper - NOT!’

They arrived in drizzle. He said: ‘Not much like the brochure, probably why it was so cheap.’

It was too wet to go out. She hadn’t anticipated rain when she dreamed of the beech tree proposal. The food was bland, he was rude to the staff. They sat at the bar while he drank heavily, an elderly couple occupied the fireside armchairs. That night she closed her eyes as the ancient bed creaked beneath them and he huffed and grunted into the side of her head.

‘What’s up with you?’ he hissed as she balled up on her side of the bed. ‘You were more fun in that bloody cupboard, or do you prefer the usual quickie in the back of the car? Jesus, I shouldn’t have bothered shelling out for this dump’. He swore and lit a cigarette.

The rain was heavier next morning, but she wore the pink chiffon dress she had packed so lovingly. His foul manner with the staff showed his seething disappointment with her. She lugged her case as her heels sank into the soaked ground. The tears came as she got in the car. The wheels spat gravel.