Showing posts from May, 2015
Show all A field blanketed in cumulonimbus. The dewy soil mounds between graves. One man alone drags his shovel to the final plot. He is old and sore, relentlessly carrying out his duty. Kneeling in stiff denim work pants, he sweeps the dirt with gardening gloves, narrow enough for a young girl, about twelve. Approving the size of the eternal bed, he pulls his wife’s bandana from his back pocket to wipe his brow and neck. The visible humidity slaps his pride as if saying you’re not strong enough . His head turns toward the child laying face down near his boots, moldering on the grass. Tufts of her golden hair flip to and fro with the wind. Beyond the distant hills, thunder rumbles. The man hunches and stands slowly at the sound above. Heavy breaths roll over cracked lips. He stabs his shovel into the ground once and folds his hands over the top, pulling his face toward the earl grey sky. Thin eyelids fold. This man is the last man on Earth. He i
2 comments
Read more 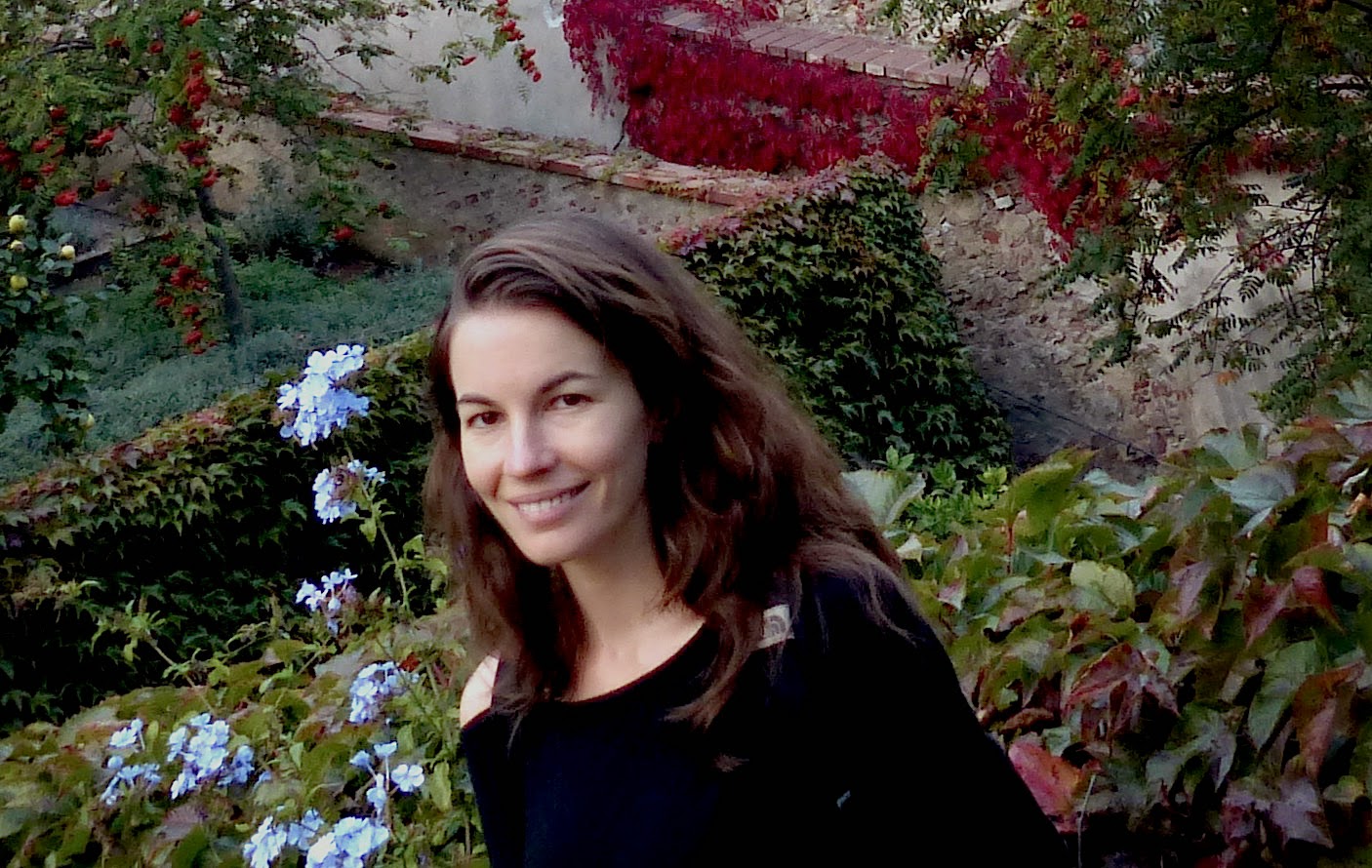 Catherine Cooper is a Canadian writer of fiction and non-fiction. Her first book, The Western Home , was published by Pedlar Press in 2014. Her first novel, White Elephant , will be published by Freehand Books in Spring, 2016. She lives in Prague, Czech Republic.   Cafe Aphra: When did you first realize that you wanted to write as an occupation? It crept up on me. I chose English literature as a major in university because I enjoyed it and I was able to reliably get good grades, but I don’t think I had any particular interest in creative writing. In my mid twenties I started to write short stories, and since then I’ve continued to write. I’m sure that I will always write, because I love it and it helps me a lot in my life, but I’m still not sure that I want to do it as my primary occupation, because I find it hard to live in a balanced way when I am writing full-time, and it doesn’t pay well. CA: You did a Creative Writing Masters course some years ago in Canada... tell us ab
4 comments
Read more

The goats were as happy as they could be. Every winter the bucks urinated on their own faces, combed it through their fur, and head-butted the other bucks out of the way. The does wagged their tails and offered themselves to the smelliest and strongest, and because these bucks couldn’t be everywhere, the old and young males took their chances.             Thus it was. Thus will it always be. This is who we are , the strongest and smelliest goats said.             One year, near the end of the breeding season, perhaps because the grass had fermented, or she had discovered a new herb, or she had eaten an apple, one doe said, We could do things differently. I don’t want the strongest, smelliest buck to father my kid. I want a relationship.             The other does and the weaker, less smelly bucks agreed. The strongest, smelliest buck felt too exhausted to sire another kid anyway and the breeding season was almost over. Why not? he said.             The traditionalists op
1 comment
Read more 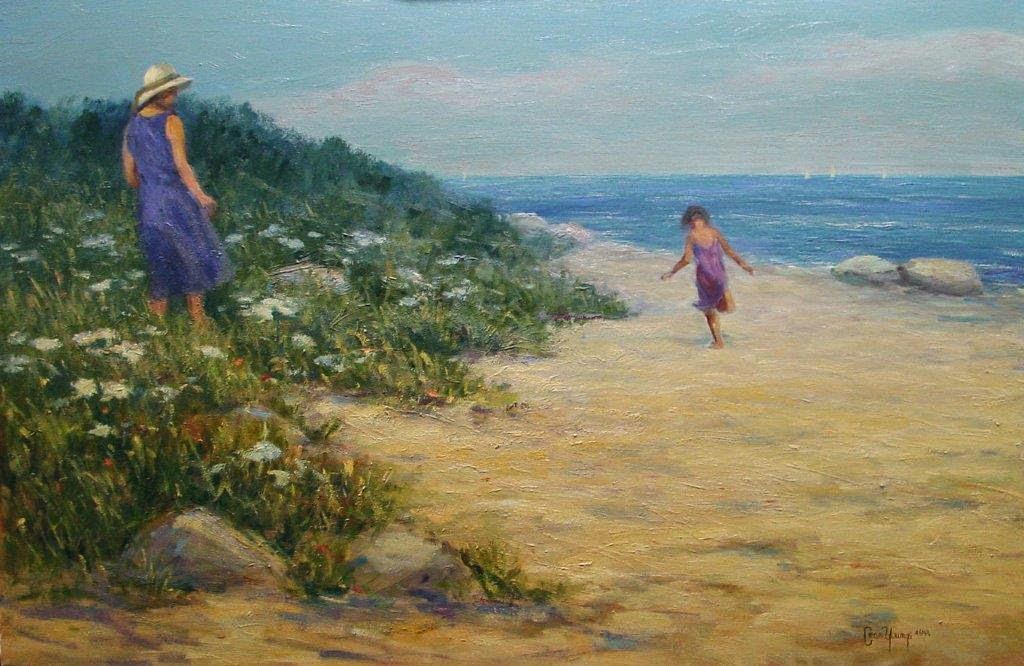 In the locker room a mother and small-voiced daughter enter adjoining showers.   I hear their voices rise above their twin cascades.   Hear the ping on the metal divide between their matching work to remove this morning's ocean salt and all of the beach that clings. The daughter calls out to let her mother know she was able to reach the soap.   To let her know how the water helps her rinse off all the soap. All by herself.   She inquires if her mother likes her shower too and her mother laughs an answer which flows above, below the divider to reach the child's upturned face.   Her soapy feet.   I have had only sons and never minded until this steamy room. Not a longing, really, but a blossoming a mother and daughter happened to include me in. Patricia O’Brien
1 comment
Read more 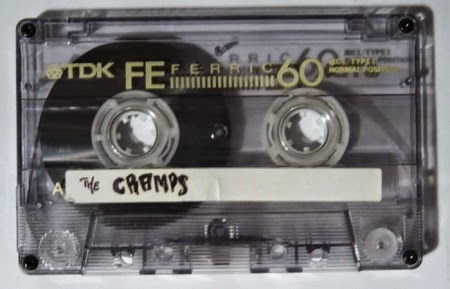 We found every rut and bump in the road, flying off our seats each time we hit one. Frankie howled with toothache behind us, rolling around the backseat, kicking us in our backs. “We’ll get you some medicine, soon as we can, honey,” drawled Joan around a cigarette. A cracked window sucked the smoke around her head like bandages. In the silver black moonlight, she looked like a Forties film star, a real candidate for wax. Through sleeping villages, country roads; Frankie didn’t let up for a second. I was fumbling through Joan’s tapes - a choice of the Cramps, the Cramps or the Cramps - when her top half suddenly swivelled, 1-80 degrees. “We already passed that Fiat dealer earlier,” she said. I braked, Joan thumping the dashboard with her palms, and threw us squealing into reverse until we were idling in front of the blacked-out forecourt. She looked at me for a second, cigarette tip making little circles, then jerked the door open, which is when Frankie slipped out afte
Post a Comment
Read more
More posts