I is for I

By Unknown - June 09, 2013
Igloo, innocence, Ichabod Crane were some of the ‘I’s that were thrown at me when I told people I was writing this piece. Although some of these ideas were appealing, I’ve decided to write about a thoroughly different ‘I’, the personal pronoun ‘I’, as in “me, myself and…” Cue to start singing in a silly voice.


I (can’t get away from it now) have just started writing what I hope will turn into an autobiographical novel. You might think that autobiography would be simple; you don’t have that pesky business of inventing characters, plot lines or places. Why not just splurge it all down on the page? You could even do it in chronological order - what could be easier? It even fits with the old adage of “write what you know.”

I’m actually finding that it’s very difficult to know where to start. I want to draw people in straight away, so I need to begin with some of the big, important stuff. But then it’s important to move quickly into telling the story in a linear fashion, to avoid confusing the reader. I want other people to be interested in my story, so I’ve come up with a unifying theme, or hook, that might appeal to a certain group. I then need to incorporate this into the chronological telling of the events, so that the overarching purpose of the novel becomes clear. More complicated than you thought, right? 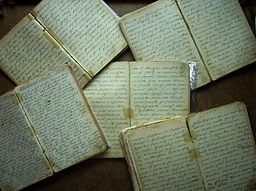 The experts advise creating an outline structure and I’ve even been told that drawing the shape of your novel can be useful. When I tried this, it did turn out to be an effective tool for exploring where the most emotionally intense points in the tale were located. Through using this technique, I’ve broken up the story into segments, and I’ve been able to get the most juice out of the turning points I’ve identified. It’s also important to be aware of the time spans involved, and to locate the reader in a particular period. I’m taking significant episodes and writing about these in detail, explaining how long these took to unfold. Figuring all this out helps to keep things organised, so that the foggy haze of my memories doesn’t engulf the project entirely.


The experts also say that autobiography should be honest, and that you should be yourself while writing it. This sounds so obvious, but yet pinning down my own voice in a consistent way has proved to be harder than writing as a character I’ve invented. I find that my voice changes depending on who I’ve been talking to or what book I’m reading. It’s hard not to be influenced by external factors, and these are bound to come out in the writing. The challenge comes in discerning whether something sounds authentically like me, because of course it all does - I’m a multi-faceted being after all! But this could become unsettling for the reader, so I’m finding that I almost need to create a character for myself, to decide what kind of person I am in this book, and stick to that like superglue. This has helped me to find my voice and to explain myself more simply.


There might be a tiny shred of possibility that I am finding my autobiographical novel particularly tricky because I have the worst memory of anyone I know, and that includes my grandma who has dementia. I was hoping when I started that one memory would spark another, which would spark another and my story would grow, smoothly and seamlessly. This dream scenario was not to be; instead I am spending my time alternately cursing myself for not keeping a diary, and scouring facebook hoping that old photos will jog my sluggish reminiscence factory into action. My top recommendation, for anyone who is thinking of writing about their own experience is KEEP A DIARY! Just do it. It’s good writing practice, and you never know, it may even be discovered and published posthumously. Look at Samuel Pepys and Anne Frank. We shall be published authors, even if we have to die first!
Finally, I have to figure out an ending for my autobiography. There is a natural closing point, created by the end of a particular episode in my life. This is useful, because otherwise my death might seem like the only logical way to finish, and I don’t want to still be writing this on my death bed! I don’t particularly want to end by moralising and discussing the lessons that I learnt, nor do I want to talk about what the future has in store for me. I think I will try to go out with a BANG!